The DNRF’s Annual Meeting 2021: Where is the culture of academia headed? 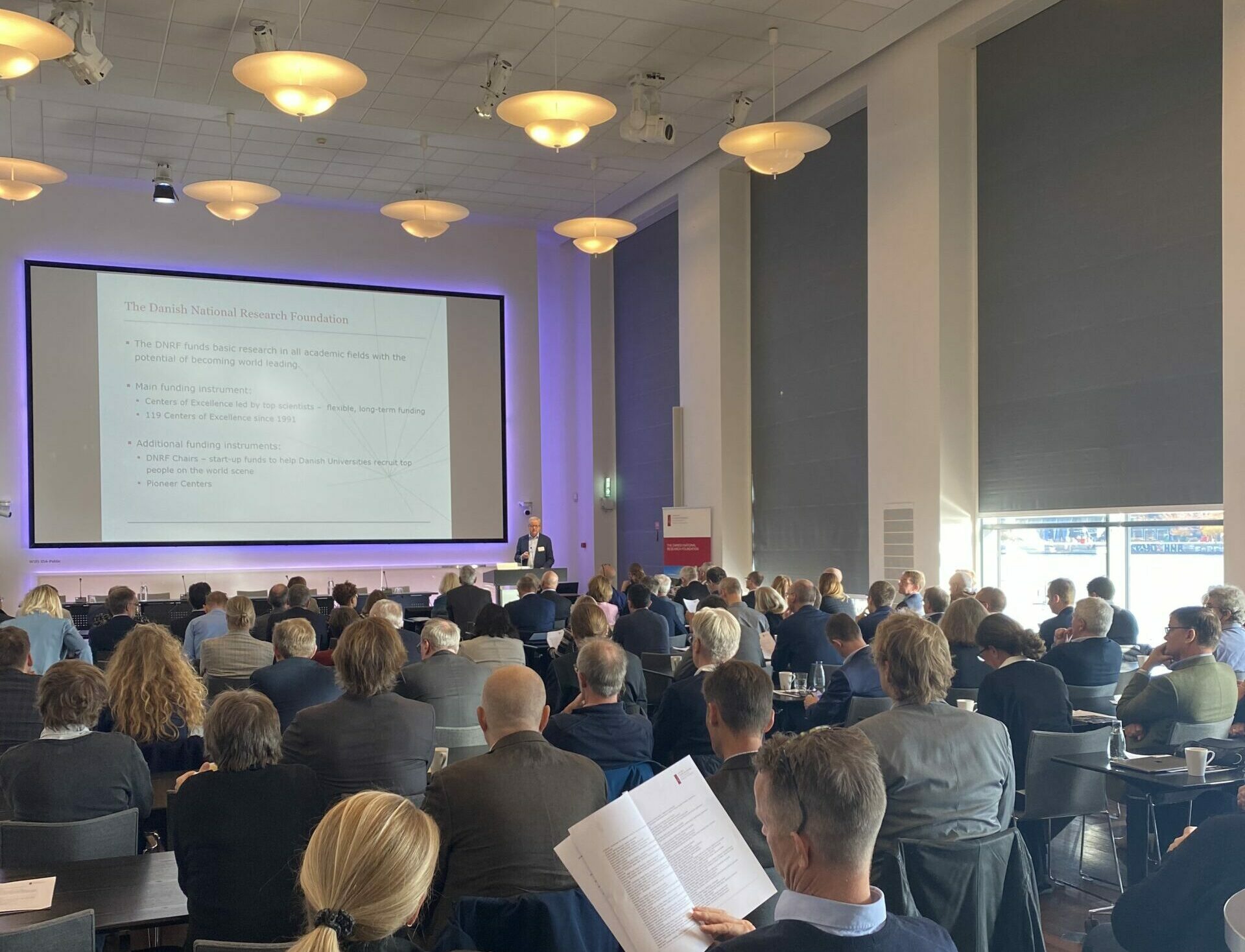 On Monday, October 25, 2021, the Danish National Research Foundation welcomed guests to the foundation’s first annual meeting in two years at the IDA’s conference rooms. This year’s theme was academic culture. The foundation had invited grant holders, the foundation’s board, and political stakeholders to a day of presentations and a debate moderated by Stinus Lindgreen.

This year’s theme was “Where is the culture of academia headed?” The Danish National Research Foundation invited attendees to participate in a discussion about academic culture, its development over time, and where it is headed. In particular, the discussion focused on globalization and internalization, and different perspectives were shared during the Q&A and the panel discussion at the end of the meeting.

”Where do you think the culture of academia is headed?”

The meeting was opened by chairman of the DNRF board, Professor Jens Kehlet Nørskov, who introduced the agenda for the day. Next, the DNRF’s CEO, Professor Søren-Peter Olesen, outlined the day’s theme and pointed out how the question of where the culture of academia is headed doesn’t have a straightforward and easy answer. He noted that the question was first asked during the follow-up meetings with grant holders.

“We started getting curious about the culture in research and how much it has changed. Every year we ask a question, and this time we decided to ask: where do you think  the culture of academia is headed? It turned out to be a difficult question. Everyone thinks three years ahead. That is our basic time horizon. But we want to think further ahead. We learned a lot about the dynamic that exists and have now combined it with data and written about it,” said Professor Olesen, referencing the latest publication “Where is the Culture of Academia Headed?”

He highlighted globalization, how much it has changed over the last few years, and how much it affects the culture. For example, this change can be seen in the fact that we no longer depend on collecting our own data, but rather there are global data banks that researchers can use. Globalization is the dominant driving force in the changed culture of academia. The opportunity to bring international talent into play and increased diversity were also mentioned as some of the big changes in academic culture. Professor Olesen ended by talking about potential problems with grants and how the Danish National Research Foundation prioritizes quality research and longer-term grants.

Associate Professor, Center for Glycomics (CCG), at the University of Copenhagen

The first speaker was Associate Professor Katrine T. Schjoldager, from the Center of Excellence Center for Glycomics (CCG) at the University of Copenhagen. She started out by introducing the center’s research, and then moved on to the theme of day, focusing on the topics of stress, talent, and acknowledgement:

“We all know stress. It limits us. It reduces creative output. My experience is that stress is related to pressure, pressure to publish, and limited time for reflection and focus. Unfortunately, this leads us to make safer and more conservative choices rather than the more risky and ambitious ones that produce excellent science. And how do we solve this? I don’t know how, but we need to consider it.”

Schjoldager then went on to talk about the importance of role models and the problems associated with an academic career path, for example, the pressure that comes with having a family and at the same time being mobile researchers. She went on to discuss the mentality that believes the strongest will win in the research world, and how this could mean the loss of talent. Schjoldager ended by mentioning some new initiatives that were being taken to support better transparency in the culture and finished with some encouraging words:

The next speaker was Professor Poul Nissen, who previously was head of center at the Center of Excellence PUMPkin at Aarhus University from 2007-2017. Professor Nissen talked about the topics of internationalization, organization, and funding from PUMPkin’s perspective and its ten-year development, which, among other things, led to spin-offs and international collaborations. After the DNRF grant ended, Professor Nissen moved to the Danish Research Institute of Translational Neuroscience ( DANDRITE), where he leads a group studying membrane proteins in the brain.

Professor Nissen also discussed the changed culture in recruitment, which has become much more international. He then returned to the key word of the day: globalization. He ended the discussion by mentioning the importance of working together internationally by acknowledging a united spirit.

This led the meeting to the next guest speaker, Professor Søren Brunak, who was head of center at the Center for Biological Sequence Analysis (CBS) at the Technical University of Denmark (DTU). CBS was part of the foundation’s first round of grant holders. Professor Brunak talked about the importance of nurturing excellence. He asked rhetorically: how do you nurture different international talent and people with different competencies? He answered the question by talking about how the culture at CBS had to change to adapt to multinational circumstances. The solution was to put different talent together.

The annual meeting’s second session focused on national and international trends and outlooks. The session was opened by the DNRF’s chair,  Professor Jens Kehlet Nørskov, who this time invited people from outside the Danish National Research Foundation to talk to get a wider and more varied perspective on the theme of the day.

Professor Ken Arnold from the Medical Museion and Wellcome was the first to speak. He talked about the development in academic culture by looking at studies and statistics from reports. The studies paint a negative image, with a lot of uncertainty and pressure among researchers, especially younger ones.

“So how do we reimage research? Well, it is at our disposal to recreate what research may be like. The first positive sign is to recognize that things aren’t positive.  Then organizations, like those here and in London, that are involved in research must then say ‘Yes, there are things that need to change.’ That is a very positive sign as well. And I think the topic of diversity and inclusion is difficult to miss these days, and I do think organizations are taking the need to shift attitudes very seriously.”

A perspective from a Danish university

Merete Eldrup, chair of the board at the University of Copenhagen, took the stage to offer the perspective of a university. She introduced herself by pointing out how she was different from everyone else today, given her non-academic career. Her CV includes positions as CEO at Politikens hus and CEO at TV2/Danmark.

“The purpose of the board, in my eyes, is to oversee the operation. The board should never get into academic disputes. Disputes should be talked about among peers, and it is not for the board to discuss them. But at the same time, knowledge is power, and once we are aware of a problem, we need to act on it.”

The day’s final guest speaker was Professor Frede Blaabjerg, who is chair of board at the Danish Council for Research and Innovation Policy (DFIR).

“”When we talk about the culture of academia, there are some fundamental things we should always care about and make sure they are considered at a high level. If I look at the changes over the last 30 years, academia has become much bigger, and much more international. But a lot of other elements have also come into play, such as open data and open access.”

Professor Blaabjerg ended the talk by addressing some numbers, reports and statistics that highlight the changing academic culture. He concluded that there are some diversity problems and challenges with time. At the same time, we are, on the one hand, becoming more connected, but on the other hand, we are also more dispersed over different continents.

“Research is becoming more and more international, but are we ready as a society to become more international? I think we should always challenge ourselves about how we can do better, and we must never say we are satisfied.”

The day finished with a panel discussion with the speakers of the day, which was moderated by Stinus Lindgreen.

Read more about the annual meeting at Science Report here 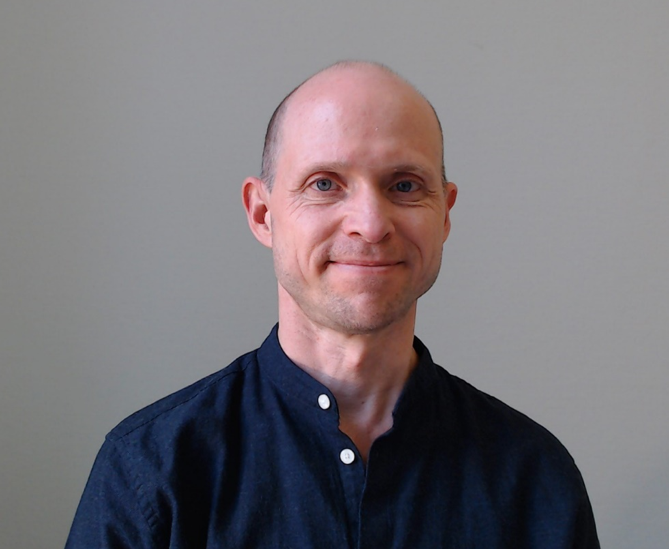