A host of problems in science and technology, from the spread of forest fires to the shape of the universe, have a geometric core, in that they can be viewed as optimization or evolution questions for a given geometric shape. Sometimes the geometry can be encoded in ways that just depend on more qualitative properties of the shape, namely that of its topology, remembering the shape only up to bending or stretching. The connection between geometry and topology has recently been expanded in new directions, and the goal of the center is to solve longstanding open problems at the interface of geometry and topology, capitalizing on these recent breakthroughs.

Our research involves most particularly three types of mathematical objects: moduli spaces, geodesics, and singularities. Loosely speaking, a moduli space is a set of mathematical objects, like curves or surfaces, that is itself organized as a geometric or topological object using a notion of “closeness”; a geodesic is a path that locally minimizes distance, a “most efficient” path; and a singularity is a special point, like the center of a black hole in spacetime, where e.g., the equations are undefined, or the structure is not smooth. These three concepts are highly intertwined, and many of our research questions in fact involve several of them simultaneously. We ask: how many shortest loops are there in a space? Do these loops self-intersect? What is the shape of minimal surfaces? Are moduli spaces of geometric objects themselves geometric? 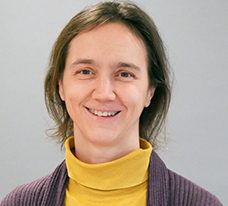 Inauguration of Center for Geometry and Topology (GeoTop)